Camera shake or blur is something that can plague any photographer and here are some ways to avoid it.

First, you need to learn how to hold your camera correctly; use both hands, one around the body and one around the lens and hold the camera close to your body for support.

Also, for handheld shooting, make sure that you are using a shutter speed that is appropriate for your lens’ focal length. If you’re shutter speed is too slow, any unintentional movement of the camera will result in your entire photograph coming out blurry.

The rule of thumb is not to shoot at a shutter speed that is slower than your focal length to minimize this problem. 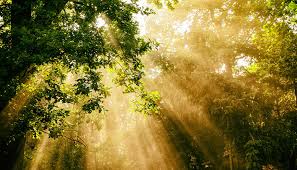 Pay Attention to the Light

Probably the single most important part of photography is light. If you take a photo with good light, you’ve taken a huge step toward getting a good picture. But what counts as good light? It’s not all about sunsets.

Often, the goal here is to balance the light’s intensity between your subject and background. Even if you’re photographing an amazing sunset, the photo could be ruined by a completely dark and silhouetted foreground.

The easiest way to solve this is to pay attention to the direction and softness of the light. If the light is too harsh, you could get bad shadows going across your subject, which is especially a problem for portrait photography.

Learn to use the Exposure Triangle

To get your photos looking their best, you need to master the three basics: Aperture, Shutter Speed and ISO.

You also need to understand the relationships between these three controls. When you adjust one of them, you would usually have to consider at least one of the others, to get the desired results. Using Auto Mode takes care of these controls, but you pay the price of not getting your photos to look the way you wanted them, and often disappointing.

This is known as the ‘depth of field.’ When your aperture is open wider, letting in more light, there will be less in your photo in sharp focus. As you point your camera at a subject and press the shutter button, the subject gets into your camera lens in a form of light. If your subject is well-lit, there is plenty of light that travels into the lens, whereas if you are taking a picture in a dim environment, there is not much light that travels into the lens. 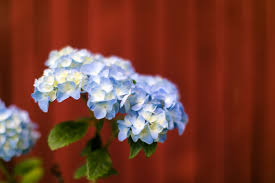 Your camera’s lens has a diaphragm in it called the aperture. You can open or close this in varying degrees to let in more light or less light. The aperture settings are measured in f-stops.

It’s a better idea to learn how to use Aperture-priority or Shutter-priority modes, and ultimately shoot in Manual mode. The aperture you choose also affects how much of your photo is in focus. Aperture has several effects on your photographs. One of the most important is the brightness, or exposure, of your images. As aperture changes in size, it alters the overall amount of light that reaches your camera sensor – and therefore the brightness of your image.

Flash can look harsh and unnatural especially for indoor portraits. Therefore, there are various ways you can take an image indoors without resorting to flash.

First, push the ISO up – usually ISO 800 to 1600 will make a big difference for the shutter speed you can choose. Use the widest aperture possible – this way more light will reach the sensor, and you will have a nice blurred background. Using a tripod or an I.S. (Image Stabilization) lens is also a great way to avoid blur.

If you absolutely must use flash, then use a flash with a head you can rotate, and point the light to the ceiling on an angle.

When you are picking your camera settings, it is critical to avoid overexposing highlights in a photo. The reason? It’s simply impossible to recover any detail from white areas of a photo. Personally, I prefer the sky in my photos to have nice texture and color, rather than being just a big, featureless blob, and I bet you do too.

It’s pretty easy to keep your highlights intact. But this is where shutter speed, aperture, and ISO are so important. These are the only camera settings that directly affect the brightness of a photo (ignoring flash settings, of course). Even exposure compensation – an important setting itself – just tells your camera to change one or more of these three variables. 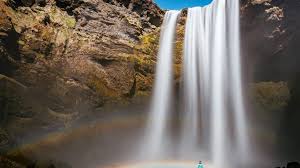 Don’t be afraid to play with the shutter speed to create some interesting effects.

When taking a night time shot, use a tripod and try shooting with the shutter speed set at 4 seconds. You will see that the movement of the object is captured along with some light trails.

If you choose a faster shutter speed of say 1/250th of a second, the trails will not be as long or bright; instead, you will freeze the action.

Try shooting other compositions with moving objects or backgrounds such as waves on a beach, crowds of people walking, cars commuting, with different shutter speeds to either capture blurred movement or snapshots that freeze everything sharply in time.

When the light enters the lens, it passes through various optical elements made of glass, then goes through the lens “Aperture” Once the light goes past the lens aperture, it then hits the shutter curtain, which is like a window that is closed at all times, but opens when needed. The shutter then opens in a matter of milliseconds, letting the light hit the camera sensor for a specified amount of time.