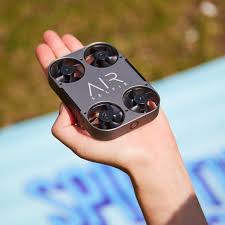 When it comes to selfies, there are generally two ways to get that perfect shot. You can either use the outstretched arm method, or you can enlist the help of a selfie stick. However, thanks to miracles of modern technology, we now have a third option for snapping pictures of ourselves: selfie drones.

In the past few years, a handful of companies have released flying cameras that allow you to snap selfies from the sky — and Airselfie 2 is the latest addition to this burgeoning category.

Now before we dive into this review, it’s worth mentioning that the AirSelfie 2 is not quite a drone. Since it has no autonomous features, it’s technically just a remote-control quadcopter with a camera on it. Company representatives were quick to correct us when we referred to the device as a drone when we first saw it at CES earlier this year.

Regardless of what you call it, it’s still a flying camera. But does it work? And more importantly, is it worth spending $200 on? We took one for a spin to find out.

Nuts and bolts
The AirSelfie 2 is well executed from a construction standpoint. The casing is made from aeronautical grade aluminum, and while extremely light, it certainly feels sturdy and able to take some hard landings (which, as you’ll see, is a very necessary ability). Four turbofan propellers power the AirSelfie 2, and you should be able to fly it with a range of about 65 feet of your location according to the specs. We kept it much closer, for reasons we’ll discuss later. 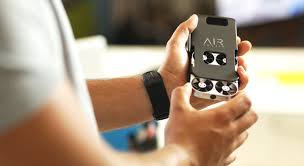 Save yourself the frustration and search for AirSelfie2. Use the app that appears there rather than the original AirSelfie app. Much to our chagrin, there’s no mention of the two different apps in any of AirSelfie’s documentation, and we wasted a good deal of time with the old app before we realized what was going on.

Unfortunately, the AirSelfie 2 app itself is not much better than the original. The UI is dated, and features a design that feels like it was resurrected from 2010. It’s so bad that it’s actually confusing and counter intuitive — especially if you’ve become accustomed to modern app design.

To make matters worse, AirSeflie’s app also doesn’t work with the iPhone XS Max on iOS 12. Portions of the app are completely unresponsive to taps. We had to pull out an old iPhone 7 to use the AirSelfie 2, and even after that, UI still didn’t always respond properly. 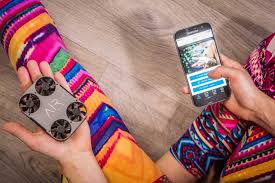 Testing it from other devices was hit and miss, and was about as bad of an app experience as we’ve had among drones. At times, the app would just suddenly lock up (such as when allowing access to your photo gallery within the app’s gallery) forcing us to manually close and restart everything before we could proceed.

All in all it really feels as if this app is just not anywhere close to being ready for prime time. In a second-generation device, these things simply shouldn’t be a problem.

And I’m not the only one with app issues: reviews on the App Store say the same thing: they’re not much better on Google Play. AirSelfie, what is going on here?