Time-Lapse Photography: What It Is

Time-lapse photography has become very popular in the last few years. This is the method used to capture light-trails.Photographers also use it to capture the movement of the moon. Or space rockets firing into the sky. This is a great way to deal with low light conditions. It is also used to show a lot of action in a very short amount of time. 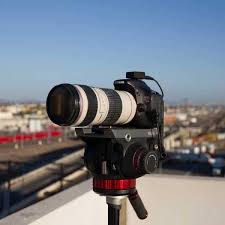 Time-lapse photography is all the rage right now. This may be because video in general is becoming more and more popular with still photographers. Perhaps photographers are looking for new ways to take their work to the next level, and time-lapse is a way to do just that.

Regardless of the reason, the number of time-lapse videos that are being shared seems to be on the rise. One thing is for sure: capturing images for time-lapse sequences is easier than ever.

Most new camera models have a built-in intervalometer. Some even have in-camera time-lapse video processing features. Creating time-lapses is tons of fun, and maybe that’s all the reason you really need to give it a try.

Get Rid of Auto

Everything in your camera has to remain constant as the subject changes. Set the camera to manual mode before you start shooting. This includes ISO, Shutter Speed, Aperture and Whitebalance. If you have never shot in Manual mode, you could always take a shot in the aperture priority or shutter priority mode and then use the same settings in manual mode. 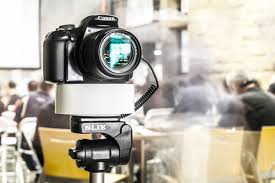 Set interval to match movement in the scene

One question that often comes up pertaining to time-lapse photography is how long the interval should be between image captures. This can vary greatly, depending on the amount and speed of movement in the scene.

For fast-moving objects, the intervals between shots should be short. For example, traffic or clouds that are moving fast should have an interval of around one to two seconds. If the interval is too long, then the final video will look choppy, as the objects are moving so far between shots.

On the contrary, extremely slow moving scenes, such as a flower bloom opening or a construction site, intervals may be several minutes or even hours apart.

Save up memory by shooting in low res

If you are going on a long vacation to places with little or no accessibility to electricity, memory is going to be a problem. More often than not, your video wouldn’t be required at a full resolution of 15.1 MP or such. Reduce the resolution as much as possible to save up space and shoot.

Flicker is the bane of time-lapse photography. Even small changes in the exposure from frame to frame can cause it, and it can ruin an otherwise great time-lapse video.

One way to minimize it from happening is to keep the exposure consistent by shooting in manual mode. This means that the shutter speed, aperture, and ISO will remain the same throughout the sequence. 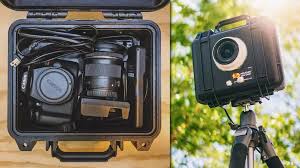 If you are planning to shoot a time lapse during the day, don’t forget to add a polarizer to your lens. You’ll also want to plan for exposure when the sun is at it’s strongest, so don’t be afraid to underexpose footage you shoot earlier in the day.

When choosing a camera for shooting night sky scenes, the most important characteristic is not number of megapixels. Just the opposite. The best cameras are usually models with more modest megapixel counts.

In these cameras each of their individual pixels is larger and so collects more photons in a given exposure time, yielding higher a signal-to-noise ratio – or lower noise, critical for night shooting.